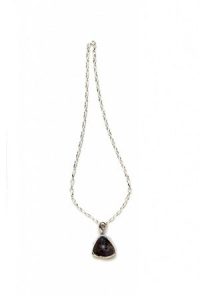 The Opal is more than just a stone; it has been the subject of legends and an integral part of historical events for centuries. Here are a few of the largest and most unique Opals discovered in Australia:

Found in Coober Pedy in Southern Australia in 1956, this is the largest and most valuable gem Opal in the world, estimated to be worth over $2.5 million dollars. It was named the Olympic Australis because the Olympic Games were held in Melbourne the same year this gem was discovered.

The Aurora Australis is the world’s most valuable black opal. Black Opals are the rarest of all forms of Opal, and this opal defies them all in brilliancy and size. It was discovered in 1938 in an old sea bed in Lightning Ridge, New South Wales, Australia. It’s beautiful blue, green and red sparkle on a black background are said to resemble the Northern Lights, hence its name, “Aurora Australis”. It is said to be worth over $1 million.

The Pride of Australia

This is a double-bordered, rainbow colored stone which was found in 1915 by Tom Urwin and Snowy Brown. Though unlike gem Opals it doesn’t catch the light, this stone is unique for both its variety in color and its shape, as it is shaped much like the continent of Australia itself. It was traded in 1954 for $150,000.

Jennifer Reeves Designs honors the history and value of the Australian Opal. That’s why we’ve created an exceptional line of genuine Opal jewelry to help you express your love for Opals and your unique personality. Call us at 708-717-5942 and we’ll help you as you select the right piece for you.